人物分析代写 The mortal female character chosen for this paper is Penelope, who is the wife of Odyssey and has been separated from him for over two

The mortal female character chosen for this paper is Penelope, who is the wife of Odyssey and has been separated from him for over two decades, because of the Trojan War. She is shown as a character who is sometimes excitable and flighty, yet at the same time.  She is also shown a dependable mother and strong woman. While she is the queen, so she has to fight many battles against opponents who are after the thrown or willing to be her suitors. Whom she fights off throughout the story, and stays true and loyal to her husband.

She is shown as a very caring character that is bold and tenacious. Yet at the same time because of her worrisome nature. Odysseus, Telemachus, and Athena often prefer to leave her in the dark about different matters rather than worry her. She is shown as a character who deeply loves her loved ones, especially her husband, and thus breaks down in times of loneliness. This is based on the fact that Athena would often appear in her dreams to comfort her otherwise. Penelope was likely to cry to sleep (Book I, pg.13). 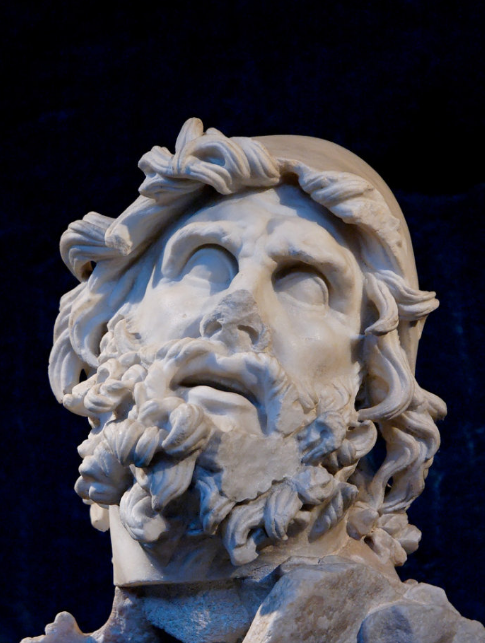 However, being a queen, she is not shown as a helpless character at all, rather she is shown as a clever and sly woman who knows how to deal with people.


Instead of out rightly rejecting her suitors. She leads them on by telling them that she will consider a suitor once certain conditions are met and certain things completed. Which leaves her in peace.  Even though she has no intention of finding another man for herself (Book I, Line 80, Book XIII, pg. 187).

In book 21, she decides to hold an archery contest, stating that she will marry the man who wins it, for she knew in her heart that only her husband Odysseus could win it. This shows that her intuition was strong and she was a sound decision maker. She even admits to her husband that she recognized him earlier on (Book 23).  Which shows that she had a strong personality and she could assess situations much more intellectually than she let on.


Penelope is considered to be a very faithful wife, as she remains true to her husband even though no news of him has arrived for over 20 years.


Whereas, compared with Helen, who left Menelaus in pursuit of another man, and thus caused the war in the first place (The Odyssey, pg. 61/62). Additionally, she is shown to drug her guests when they visit her in order to make them happy (The Odyssey, pg. 64). Compared with Helen, Penelope is shown as a modest woman who is loyal to one man she married and loves. While Penelope is not divine as Helen is, she is, on the other hand beautiful and does not use her beauty to attract men.  And is neither faithless. Instead she is completely faithful to her husband.  And waits for him patiently while fighting off the suitors.

All of this shows that while women of the same stature can have the access to the same wealth. But their approach to life can be much different and depending on their nature, the decisions they take are also remarkably different. Based on all these factors.  It can be concluded that Homer has depicted that there are all kinds of women in the world. And he shows this by showing how two women of the same household can be so different from one another. And at the same time be most beautiful in showing their strength and their strong demeanor.

The second question is focused on the role of a King in Odyssey. From the way that kings are referred to throughout the books.


It can be concluded that kings are considered to be the pinnacle of hope for their respective empire. And the manner in which their closest people refer to them.  Is primarily with reverence and respect. It is the king who actually becomes the pillar for the kingdom in times of turmoil and is the essence of the empire. And thus as depicted by the children of Kings.  They feel that their fathers are the ones who actually keeps the ball rolling and protect their kingdoms.

As can be clearly seen by the statement of Telemachus before the Ithacan assembly that his father could “ward off ruin from the house” (Odyssey, pg. 16, and pg. 154). In his eyes, his father is the one who can protect them from ruin and disarray. He continues to say that he will do his best in defending himself. However, even with all that effort he will be found a weakling and not as great as his father.

A similar example can be seen when Nausicaa praises her father.


King Alcinos, when she meets Odysseus for the first time and introduces him with pride (The Odyssey, pg. 105). She is of the opinion that her father is a great hearted person and the people of her country depend on his might and power (The Odyssey, pg. 111). These are the ways that kings are depicted in the Odyssey. Which is primarily the reason why Homer shows them as rulers on whom their people rely and depend.

Homer shows Basileus as somebody who relies on his strength and rules over armies. Is strategic in nature and derives his power directly from the gods (The Odyssey, pg. 59). They are shown as people with great strength and better at fighting. The men shown in Homer’s Odyssey are those who are primarily focused on fighting and war, and the many ways they can protect their kingdoms and expand their territories.


From all of this, it can be seen that the kings hold a highly important position in the books, being held in high regard by those closest to them.


It can also be noticed that even those kings having little to no role are still considered to be people of power and authority (The Odyssey, 194). The books written by homer consist of evolutions of the time.  With references being given for the pro Greek and the pre-Classic Greek periods.

Based on these examples, it can be seen that kings are the epitome of justice and protection (, and they are seen as the people who keep their kingdoms safe from harm. It can also be noticed that Kings often perform tasks that are too great for the common man. Since many lives are dependent on them and they are responsible for the lives of their people. They perform tasks related to strategy and running the entire kingdom.  Along with keeping an eye on the trade and prosperity of the country, lest their people suffer.

To conclude, Penelope’s character shows the valiance and strength of women in the face of adversity and people trying to become her suitors, while she remains loyal to her husband, yet.  When compared with Helen she is also seen as a faithful person. Homer shows through her personality and the personality of other character’s that there are all sorts of women in the world, people who because of their beauty can be faithless, and women.  Who even with their beauty are most loyal to their husbands and await their return patiently, while warding off any unwanted suitors, and bringing up a son on her own.

Homer, The Odyssey, Translated by Robert Fagles, retrieved 19-10-18 from;