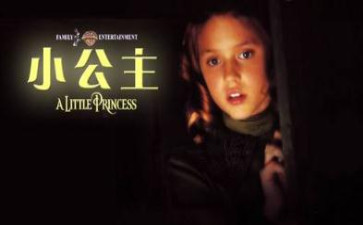 A Little Princess is the work of famous author Frances hodgson Burnett.It is a children's work,but it is not full of fairy tale beauty,instead,the book reflects the cruelty of reality.Based on this film is reflected in many social and human nature of the dark side.The film has profound connotation and embodies multiple meanings.Here,the author will interpret a series of discrimination reflected in the new version of the film,and analyze the practical significance behind the discrimination revealed,mainly focusing on racial discrimination,class discrimination and discrimination against foreign cultures.

Racial discrimination class discrimination exotic culture black money story set the main background is in a school,miss michas is the principal of the school,the school aims to cultivate the life in the upper class ladies and gentlewomen.It is a school that raises fair maiden maiden specially originally,and the style of the person that is a delegate with the school principal does not have fair maiden completely however should have model,true irony.The protagonist Sarah was a wealthy princess,but later because others mistakenly thought her father died,her life has since undergone earth-shaking changes,and the root of the change is rooted in the deep-rooted social discrimination at that time.This paper mainly focuses on racial discrimination,class discrimination and discrimination against foreign cultures,which is mainly reflected by the experiences of Sarah and Betty.

Betty gets a raw deal in the movie because of the color of her skin.She can't have class with the students,she can only do the cleaning;She lived in a small house in a bad environment,and the food she ate was very bad.What was more cruel was that the teachers at school did not allow the students to talk to her.As a result,Betty had to live in loneliness,because she had no one to talk to.She was just a poor little girl who was deprived of her freedom of speech because of the color of her skin.The hardest part was that when asked why she couldn't talk to him,the students couldn't come up with a substantive reason,thinking that just the color of her skin was enough for her to be treated like that.This actually explains the fundamental reason why racial discrimination cannot be completely eliminated for a long time.Children are taught that black people are not good people,that they are inferior and out of class,and therefore should be avoided.Although they do not know exactly what black people did wrong to deserve such treatment,they just blindly and passively accept the education of teachers or parents,rather than really contact and understand them,so as to draw their own conclusions,which leads to the problem of discrimination passed down from generation to generation.

In this respect,Sarah is different from the other students.Although she was clever,respect teachers,listen to their words,but she still retain a explore the curiosity of conclusions,so she will not blindly obey them,instead she would like to through to get along with others and then to judge of a person's attitude,rather like the general students blindly,not knowing that the damage to others.

Class discrimination can be said to run through the whole work,it is with class discrimination,the story can be developed.In the film,the headmistress michos prides herself on being a lady,but in fact she has none of the qualities that a lady should have.Instead,she is a lady who is extremely money-oriented.Class discrimination is mainly reflected in the way that President michas treats Sarah Betty and Betty.

Betty had no money and no position in the family,so the headmaster forbade her to speak to the students.She had to live a lonely and helpless life with bad rooms and bad food.

When Sarah first came to school,due to her family's wealth and status,mischis took great care of Sarah,letting her live in a luxurious house,making an exception for her to wear a necklace and holding a big birthday party for her,playing the role of a good person.But once she learned of Sarah's father's accident,her attitude changed 180 degrees.Sarah father accident,Sarah young and small mind has been greatly trauma,she should have got the teacher and the headmaster's concern and care,to comfort the injured soul,as a result,she was rushed to a broken place to live together with Betty,necklace also cut,the headmaster confiscated by a m,from now on become a servant,not in class,can't talk to other students.

Sarah and Betty's experience fully reflects the excessive materialism at that time.People's outlook on life and values were distorted.They became indifferent and had no feelings.

The opening scene of the film A Little Princess is set in India.In the opening scene,you can see a huge Buddha statue lying on its side in the water.Sara and a boy are playing with each other on its head.In the eyes of European and American audiences,the picture may be beautiful,harmonious and full of foreign customs.It reflects the innocence of the two children and Sarah's happy life before,but in fact,it reveals the discrimination against foreign cultures in an invisible way.As we all know,buddhists have great respect for the Buddha,and the act of leaning the Buddha and climbing on the Buddha is considered as blasphemy by buddhists,which is absolutely not allowed.India happens to be a buddhist country with a large number of buddhists.However,the film did not consider this at all in the shooting process,or the director and producer knew this,but did not care about it,and still shot such a scene according to their own aesthetic.To some extent,this shows that the strong culture disrespects other weak cultures and discriminates against foreign cultures.

The film A Little Princess centers on the adventures of Sarah and Betty,and is rich in content.Betty and Sarah and m cut the President's performance reflects the strong class and racial discrimination,the film's opening scenes and embodies the cultural discrimination,they reveal the various problems of the society at that time and the dark side of human nature,but the performance is what makes the children film more and more full and has a practical significance.