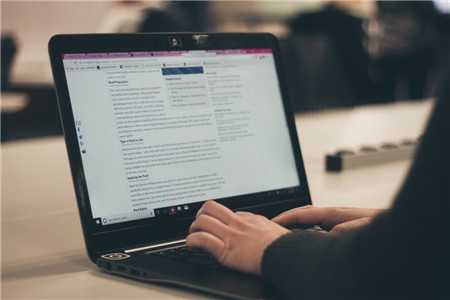 1 Reference to aim or method

Changes in X and Y were compared using ….

Simple statistical analysis was used to ….

To assess X, the Y questionnaire was used.

To distinguish between these two possibilities, ….

T-tests were used to analyse the relationship between ….

In order to assess Z, repeated-measures ANOVAs were used.

Regression analysis was used to predict the….

Nine items on the questionnaire measured the extent to which ….

The correlation between X and Y was tested.

The first set of analyses examined the impact of ….

To compare the scores three weeks after initial screening, a global ANOVA F-test was used.

A scatter diagram and a Pearson’s product moment correlation were used to determine the relationship between ….

2 Referring to data in a table or chart

the experimental data on X.

the summary statistics for ….

the breakdown of X according to ….

the results obtained from the preliminary analysis of X.

the intercorrelations among the nine measures of X.

2 The table below illustrates or The piechart above shows

some of the main characteristics of the ….

3 As shown in Figure 1 ( As can be seenfrom  Table 1, It can be seen from thedata in Table 1 that, From the graph above we can see that), the X groupreported significantly more Y than the other two groups.

4 The results obtained from the preliminaryanalysis of X (The results of the correlational analysis, The themes identifiedin these responses)

3 Highlighting significant data in a table or chart

It is apparent from this table that very few ….

This table is quite revealing in several ways. First, unlike the other tables …..

What is interesting in this data is that ….

In Fig.10 there is a clear trend of decreasing ….

The differences between X and Y are highlighted in Table 4

From the chart, it can be seen that by far the greatest demand is for ….

From the data in Figure 9, it is apparent that the length of time left between ….

From this data, we can see that Study 2 resulted in the lowest value of ….

Data from this table can be compared withthe data in Table 4.6 which shows ….

Strong evidence of X was found when ….

This result is significant at the p = 0.05level.

There was a significant positive correlation between ….

There was a significant difference betweenthe two conditions ….

On average, Xs were shown to have ….

The mean score for X was ….

Interestingly, for those subjects with X,….

A positive correlation was found between Xand Y.

The results, as shown in Table 1, indicate that ….

A two-way ANOVA revealed that ….

There was no increase of X associated with…..

There were no significant differences between ….

No significant differences were found between ….

No increase in X was detected.

No difference greater than X was observed.

No significant reduction in X was found compared with placebo.

None of these differences were statistically significant.

Overall, X did not affect males and females differently in these measures.

The Chi-square test did not show any significant differences between ….

A clear benefit of X in the prevention of Y could not be identified in this analysis.

Only trace amounts of X were detected in ….

Interestingly, the X was observed to ….

Interestingly, this correlation is related to ….

The more surprising correlation is with the….

The most surprising aspect of the data is in the ….

The most striking result to emerge from the data is that ….

The correlation between X and Y is interesting because ….

Interestingly, there were also differences in the ratios of ….

The single most striking observation to emerge from the data comparison was ….

When X cells were stimulated with Y, no significant difference in the number of Z was detected.

However, stimulation of X cells with Y did not increase the ….

Following the addition of X, a significant increase (P<0.05) in the Y was recorded.

With successive increases in intensity ofthe X, the Y moved further to ….

8 Reporting results from questionnaires and interviews

Of the study population, 90 subjects completed and returned the questionnaire.

By the end of the survey period, data hadbeen collected from 64 individuals, 23 of whom were ….

This section of the questionnaire required respondents to give information on ….

Respondents were asked to indicate whether….

Respondents were asked to suggest other reasons for ….

The total number of responses for this question was ….

The overall response to this question was poor.

In response to the question: ‘….?’, a range of responses was elicited.

In response to Question 1, most of those surveyed indicated that ….

The overall response to this question was very positive.

When the participants were asked ……, the majority commented that ….

Other responses to this question included….

The majority of those who responded to this item felt that ….

70% of those who were interviewed indicated that …..

Almost two-thirds of the participants (64%)said that …..

Just over half of those who answered this question reported that ….

Over half of those surveyed reported that….

Approximately half of those surveyed did not comment on …..

Of the 62 participants who responded to this question, 30 reported an increase in ….

Of the 148 patients who completed the questionnaire, just over half indicated that ….

A small number of those interviewed suggested that …..

Only a small number of respondents indicated that ….

Some participants expressed the belief that…..

One individual stated that ‘….’ And another commented ‘….’

A minority of participants (17%) indicated that ….

Another interviewee alluded to the notion of ….

The themes of X and Y recurred throughout the dataset.

A number of issues were identified .…

This theme came up for example indiscussions of .…

These views surfaced mainly in what respects .…

There was a sense of X amongst interviewees.…

A variety of perspectives were expressed .…

A common view amongst interviewees was that.…

Issues related to X were not particularly prominent in the interview data.

In their accounts of the events surrounding….

As one interviewee said: ….

As one interviewee put it: ….

For example, one interviewee said: ….

Talking about this issue an interviewee said: ….

Another interviewee, when asked …, said: ….

Some interviewees argued that .… while others .…

Some felt that .… while others considered that .…

Whilst a minority mentioned that… all agreed that…

A comparison of the two results reveals ….

Turning now to the experimental evidence on….

Comparing the two results, it can be seen that ….

The next section of the survey wasconcerned with ….

In the final part of the survey, respondents were asked ….

These results suggest that ….

Overall, these results indicate that …

Together these results provide importantinsights into ….

Taken together, these results suggest that there is an association between …

In summary, these results show that ….

The results in this Chapter indicate that…. The next Chapter, therefore, moves on to discuss the …. 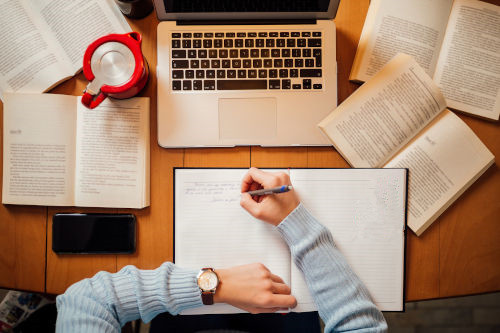 b. There seems to be no compelling reason to argue that ___.

c. As a rebuttal to this point, it could be argued that ___.

d. There are [three] main arguments that can be advanced to support ___.

c. There is ample / growing support for the claim that ___.

a. The data gathered in the [pilot study] suggest that ___.

b. The data appears to suggest that ___.

c. The data yielded by this [study] provide strong / convincing evidence that ___.

d. A closer look at the data indicates that ___.

f. The aim of this [section] is to generalize beyond the data and ___.

b. There has been an inconclusive debate about whether ___.

c. The question of whether ___ has caused much debate in [our profession] [over the years].

d. (Much of) the current debate revolves around ___.

a. In this section / chapter, the discussion will point to ___.

b. The foregoing discussion implies that ___.

c. For the sake of discussion, I would like to argue that ___.

d. In this study, the question under discussion is ___.

e. In this paper, the discussion centers on ___.

b. On the basis of the evidence currently available, it seems fair to suggest that ___.

c. There is overwhelming evidence for the notion that ___.

a. I will now summarize the ground covered in this [chapter] by ___.

b. On logical grounds, there is no compelling reason to argue that ___.

a. This study is an attempt to address the issue of ___.

b. In the present study, the issue under scrutiny is ___.

f. This [chapter] is concerned with the issue of [how/whether/what] ___.

b. There is a rapidly growing literature on [X], which indicates that ___.

c. The literature shows no consensus on [X], which means that ___.

d. The (current) literature on [X] abounds with examples of ___.

a. The main theoretical premise behind [X] is that ___.

e. The arguments against [X]’s premise rest on [four] assumptions: ___.

b. Although there has been relatively little research on / into [X], ___.

c. In the last [X] years, [educational] research has provided ample support for the assertion that ___.

d. Current research appears / seems to validate the view that ___.

g. Evidence for [X] is borne out by research that shows ___.

h. There is insufficient research on / into ___ to draw any firm conclusions about / on ___.

c. Current research (does not) appear(s) to validate such a view.

d. There have been dissenters to the view that ___.

e. The answer to [X] / The difference between [X] and [Y] is not as clear-cut as popular views might suggest.