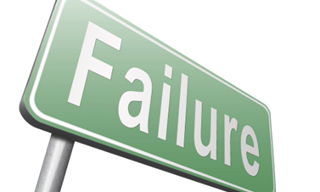 Question: Describe a failure that you haveexperienced. What role did you play, and what did you learn about yourself?(500 words)

Absolute US was an annual event inSingapore that helped prospective students meet those of us who were alreadyschooling in USA. It is now defunct, but I’d once tried- and failed- toresurrect it.

When I took this up, Absolute US had beenon the brink of death, and I’d begun the project by formulating a three-facetedrevival plan. First, it’d previously been held at Singapore’s largest club, andI decided on a smaller and cozier venue instead.

Second, some games would be organized tospice things up. Finally, a team of motivated shareholders- rather thanlow-energy volunteers- would be assembled by pitching Absolute US as amoney-making venture. Besides arming myself with a good plan, I also workedextremely hard, playing whatever role was necessary- be it the leader who’dformulated the entire plan; the more hands-off project consultant; or theevent’s game designer- to make my re-conceptualization a reality.

I had a good plan, a dedicated team, andhad been doing whatever it took to succeed. But in spite of this, Absolute US2006 boasted historical attendance lows and didn’t make a profit. What’d gonewrong?

Having reflected upon the affair, I nowrealize that the project had been doomed from the start, because of threeerrors in execution.

First, we’d ignored local contexts. Makingplans from abroad left the project without proper intelligence on the ground.I’d designed the new, apparently perfect, plan and organized the team when Iwas in Chicago in April 2006. When my team returned to Singapore in June afterschool had ended, I went to Thailand for a month of social work. As studentswho’d spent the year abroad, we eventually picked a venue that turned out to bea has-been so past its popularity peak that it folded a month after our event.A better appreciation of the need for ground-level research would have servedus well.

Second, as leader I’d failed to strike abalance between involvement with the project vision and its details. I’d workedhard, involving myself in all the project nitty-gritty’s. However, my trying togo it alone working out every detail, rather than trusting others to execute,not only caused a breakdown in communication of the project vision to my team,but also left them without a leader for a short period when I was in Thailand.Though I’d immediately stepped down and become a project consultant insteadafter realizing the problem, it’d been too late. The leaderless period hadalready demoralized my team.

Third, I’d lacked a backup plan. I’d takenfor granted that no hiccups would occur, and when one did, I was caught unprepared.In particular, I’d planned to communicate from Thailand via email, but thiseventually proved unfeasible because I’d unexpectedly lacked Internet access.

What I’d learnt, in short, was that havinga neat idea is no guarantee of successful execution. This had been a painfulbut educational experience, and I look forward to doing things differently- andsucceeding- in future endeavors.

"Describe a failure that youexperienced."文章内容在第一段清晰的交待了事儿产生的情况，并且在第三段里也明确指出来啦：“historical attendance lows and didn't turn a profit”这是一个相关Failure的小故事。这儿没为自己留一切的托词，说的十分的干净利索。

"What role did you play"在文章内容的第二段，创作者又十分确立地讲出了自身在这个故事中的positioning，及他的Role和Responsibility是啥 "playing whatever role was necessary- be it the leader who’d formulatedthe entire plan; the more hands-off project consultant; or the event’s gamedesigner- to make my re-conceptualization a reality."

"What did you learn aboutyourself?"文章内容中的后3段，清楚的表述了自身的见解，和根据这一件事儿获得的思考。创作者立即地址一目了然自身的难题，并沒有躲避。这类面对Failure的精神实质，宣布AdCom的人所寻找的spirit。